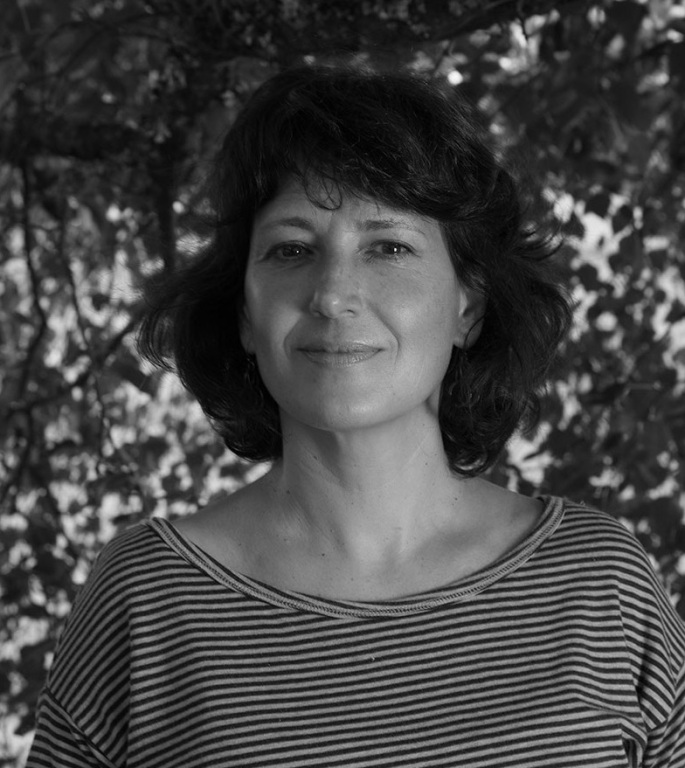 I am a writer of narrative non-fiction, poetry, and fiction. My work explores the alchemy of places and people. I am drawn to ‘peripheries’, nexus of cultural confluence and conflict, geographies inner and outer. Border (2017) and To The Lake (2020) dive into the haunted trans-boundary human geography of the southern Balkans.

I was born in November 1973 in Sofia, Bulgaria to scientist parents, and studied at the French Lycée in Sofia. Our family emigrated to New Zealand in 1992, where I studied French and Russian Literature at Otago University (BAHon), and English Literature and Creative Writing at Victoria University of Wellington (MFA). While living in New Zealand, I published the poetry collections All roads lead to the sea and Dismemberment (Auckland University Press), and the novels Reconnaissance and Love in the Land of Midas (Penguin NZ). Reconnaissance won a Commonwealth Writers’ Prize for best first novel in Asia-Pacific. All roads lead to the sea was awarded a NZ Montana Book Award.

In 2005 I moved to Edinburgh and wrote Street Without a Name (Granta 2008). It is a coming-of-age story in the twilight years of Communism and a journey across post-Communist Bulgaria. It was shortlisted for the Stanford-Dolmann Travel Book Awards, and has Bulgarian, Swedish, Spanish and Turkish editions, with Italian and French edition forthcoming.

The memoir-history Twelve Minutes of Love (Granta 2011) blends my tale of obsession with a history of the Argentine tango, a music of exile. It was shortlisted for the Scottish Mortgage Investment Book Awards and published in Russian, Polish, Bulgarian, and Czech.

Villa Pacifica (Alma Books 2011), a novel set in coastal Ecuador, came out at the same time. It was published in Spanish and Bulgarian under the same title.

My last poetry books are Someone else’s life (Bloodaxe/ AUP 2003) and Geography for the Lost (Bloodaxe/ AUP 2007). Some of these poems appear most recently in Anthology of Young European Poetry (Carl Hanser Verlag, 2019).

Border: a journey to the edge of Europe (Granta/ Graywolf 2017) is an exploration of the mountainous triple borderland of Bulgaria, Turkey and Greece. Described by the British Academy Prize jury as ‘being about the essence of place and the essence of human encounter’, its stories weave into a many-voiced narrative told through the prism of the border.

The French edition of Border was awarded the special mention at the Prix du livre européen and won the Nicolas Bouvier Prize. It won the British Academy’s Al-Rodhan Prize for Global Cultural Understanding, the Saltire Scottish Book of the Year, the Edward Stanford-Dolman Travel Book of the Year, and the inaugural Highlands Book Prize. It was short-listed for the Baillie-Gifford Prize, the Bread and Roses Prize, the Duff Cooper Prize, the Royal Society of Literature Ondaatje Prize, the National Book Critics Circle Awards (USA), the Gordon Burn Prize, and the Central European Prize in Literature Angelus in Poland.

I am bilingual in Bulgarian and English, and read French, Spanish, and Russian. My reviews and essays have appeared in The Guardian, The Financial Times, The Times Literary Supplement, The Sunday Times, The Scottish Review of Books, The Economist 1843 Magazine, The New Statesman, Prospect, The NZ Listener, Metro Magazine NZ, Granta Magazine, World Literature Today, Tin House, Aeon, Belgium’s De Standaard, The Spectator, Vanity Fair, and Vogue.

I was a juror for The Neustadt Prize 2019-2020, the 2019 Jihlava International Documentary Film Festival, and the 2017 International Dublin Book Award. I was a mentor for the philanthropic programme for young Bulgarian artists Cultural Perspectives/ ‘С усилия към звездите’, and for the Scottish Book Trust. In 2020-2021, I was non-resident Fellow at the Vienna Institute for Human Sciences (IWM).

In 2021 I joined the jury panels of the Prix Jan Michalski in Switzerland and the Highland Book Prize in Scotland.

My latest book, To The Lake (Granta/ Graywolf 2020) explores the ancestral geography of two lakes. Joined by underground rivers, Lake Ohrid and Lake Prespa are a biosphere millions of years old and now partitioned among three countries: Macedonia, Albania and Greece. My personal odyssey into the roots of my maternal line unfolds to a broader enquiry into the roots of suffering and transcendence. To The Lake has been published in Bulgarian, Polish, German and French, with forthcoming editions in Turkish, Macedonian, and Italian. To the Lake was shortlisted for the Highland Book Prize and won France’s Prix du Meilleur Livre Etranger for non-fiction in 2021.

Since 2010, I have lived in a riverine village in the Highlands of Scotland.